My thanks to writer Tracey Edgerly Meloni for this glorious journey of a Guest Post. Photo thanks to David Campbell of GBC Tours. While the shots may not be Bordeaux, I think they embody the atmospheric rightness, just the same. 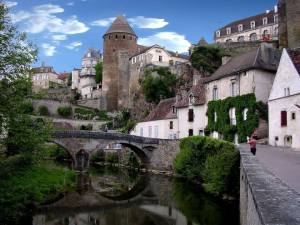 You Can Go Home Again

I am driven to return to the far-flung places where I lived so briefly, first as an Army brat and then as a Navy wife. Going back to childhood homes has become a quest, to see if the things I “remember” are my own memories, or if I’ve just heard my parents tell stories so often that I believe I remember them.

Even when dealing with my adult memories, I’ve learned that nothing ever stays the same.  Barbers Point, in Hawaii, felt obscenely festive in the late ‘60s when I waited there alone during Vietnam. It took returning to realize that we “Wanda Warbrides” were working hard to maintain morale. The quarters at Riverview Village in Indian Head, Maryland, where my husband practiced not blowing himself up in EOD training, had vanished like Atlantis when I re-visited.

So I was anxious about going back to Bordeaux, where I began school when my Dad was assigned to the 529th Transportation Depot. I already knew that my childhood home outside Pessac was long gone, and that any American military presence had disappeared from French soil years before – what did I really hope to find? 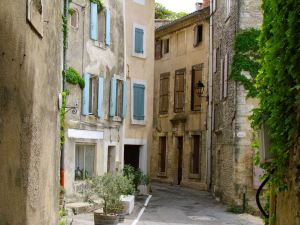 We sailed up the Garonne River, past some of France’s most celebrated Chateaux and vineyards. I squinted at the glorious passing scene, searching for puzzle pieces to trigger memory. Suddenly we were there, gliding up to dock directly in front of the Place de la Bourse and the wonderful 18th century limestone buildings lining the Quai. Our shipboard verandah looked right up the narrow pedestrian Rue Saint Remi, where long ago my parents shared a peculiar little bird for dinner while I munched happily on bread and cheese.

I need not have worried. The memories of a six-year-old are carved in bedrock, and they flooded back as the landscape around me unfolded. 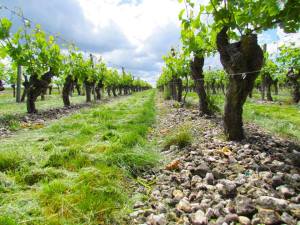 From there it was a short mental hop to the school, where all students were divided into two rooms, with only four teachers. I was the sole first grader. The harassed lower-grade teacher looked at me sternly and demanded, “Can you read?” I nodded solemnly. “Good,” she said, “you’re in second grade.” Thus my very first school challenge became fathoming the making of change using American coin references – nickel, dime, penny, quarter – while all we had to practice with was “pretend” Scrip. On Mondays, Wednesdays and Fridays we had franks and beans for lunch. Tuesdays and Thursdays featured Franco American spaghetti, all washed down by “vin ordinaire” diluted with fizzy water brought along by French children invited to join us. 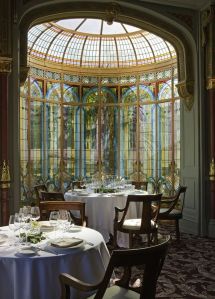 I remembered that Bordeaux was my introduction to a less than perfect world. There were mice living in the mattresses at “Tu et You,” the whimsical name applied to our odd little gatehouse by the Frenchwoman and her American officer husband who lived there before us.   Huguetta-the-maid scraped snails off the walls of the well and crushed them under her heel to eat. And, alas, that well was foolishly located downhill from our dubious cesspool, leading to repeated bouts of dysentery for all of us.

Bordeaux also was my introduction to an exciting world. My mother insisted that we learn to speak the language wherever we were, and I learned terrible gutter French from orphaned children I befriended along the waterfront. I used it to order wonderful marzipan candies shaped like vegetables in the marketplace. With my mother, I would order meat from the butcher with the horse’s head over the door, not realizing until years later what it was. And I spent what seemed like hours debating which pastries to select at our favorite patisserie.

On my recent return, I let the memories rule. I erased the hideous architectural monstrosities growing up among Bordeaux’ gracious historic buildings and concentrated on the soaring spire of St. Michel’s church. I stayed away from horsemeat and had lunch in Chateau Grand Barrail, a highly acclaimed hotel once built to house the mistress of a nobleman. And I went back to the site of the Officer’s Club where Christmas dinner was served to everyone in those divided mess trays, with gravy on your pie.

What did I hope to find? Just my memories, but I got much more. I got reacquainted with my early self, made sturdy by my Brats experience.

Not only can you go “home” again – you really should.

Writer Tracey Edgerly Meloni won first prize in Ingenue Magazine’s short-story contest when she was 14 and just kept on writing. Her most recent award is a first place in feature writing from the Virginia Press Association. Formerly press secretary to three California Congressmen and Virginia’s senior Senator, she contributes regularly to several magazines, writing about food, health, the arts, and travel.

One thought on “You CAN go home”