What underlies the root of all our ills: blind imitation of the past.

The remedy: independent investigation of Reality.

The root cause of prejudice is blind imitation of the past – imitation in religion, in racial attitudes, in national bias, in politics.

Imitations of ancestral beliefs have hindered progress for thousands of years. Imitation emphasizes points of disagreement and division among religions, the real foundation of which is oneness.

Imitation obstructs the way to divine knowledge and bounty. 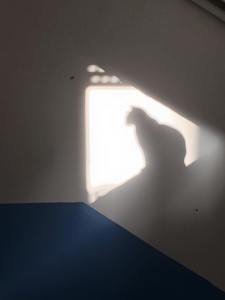 So long as the shadows of imitations remain, the oneness of the world of humanity is impossible. As long as imitation persists, humanity will find neither happiness nor rest nor composure. Without true investigation of Reality, the realization of the oneness of religion is also impossible.

HOWEVER – All signs indicate that a sea change in human consciousness is under way. It involves an indwelling attraction beyond and away from blind imitation of the past toward independent investigation of Reality.

There is great cause for hope and faith, confidence and happy determination.

Excerpted from With Thine Own Eyes: Why Imitate the Past When We Can Investigate Reality?

Find the book at: http://www.amazon.com/With-Thine-Own-Eyes-Investigate-ebook/dp/B00I1JPC7I/ref=pd_sim_kstore_11?ie=UTF8&refRID=0TQC490J7FVBRTJWM70H