Deep in each of our hearts, we already know oneness, because we are created in it. Every atom of existence embodies and reflects this truth.

Sending love and prayerful blessings to all as celebrations unfold worldwide on this 200th anniversary of the Birth of Baha’u’llah.

“The path to freedom hath been outstretched; hasten ye thereunto.

“The wellspring of wisdom is overflowing; quaff ye therefrom.

“Say: O well-beloved ones! The tabernacle of unity hath been raised; regard ye not one another as strangers.

“Ye are the fruits of one tree, and the leaves of one branch.

“Verily I say, whatsoever leadeth to the decline of ignorance and the increase of knowledge hath been, and will ever remain, approved in the sight of the Lord of creation.

“Say: O people! Walk ye neath the shadow of justice and truthfulness and seek ye shelter within the tabernacle of unity.”

~ Baha’u’llah, The Tabernacle of Unity 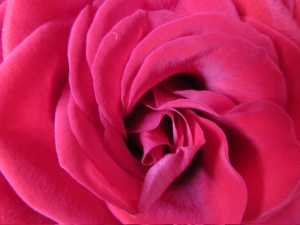 “Through the power of Baha’u’llah all will be united.

“He upraised this standard of the oneness of humanity in prison.
“When subjected to banishment by two kings, while a refugee from enemies of all nations and during the days of His long imprisonment He wrote to the kings and rulers of the world in words of wonderful eloquence, arraigning them severely and summoning them to the divine standard of unity and justice.

“He exhorted them to peace and international agreement, making it incumbent upon them to establish a board of international arbitration — that from all nations and governments of the world there should be delegates selected for a congress of nations which should constitute a universal arbitral court of justice to settle international disputes.

“He wrote to Victoria, Queen of Great Britain, the Czar of Russia, the Emperor of Germany, Napoleon III of France and others, inviting them to world unity and peace.
Through a heavenly power He was enabled to promulgate these ideals in the Orient. Kings could not withstand Him. They endeavored to extinguish His light but served only to increase its intensity and illumination.”
~ Abdu’l-Baha, The Promulgation of Universal Peace (Wilmette: Baha’i Publishing Trust, 1982 Edition) pp. 202-203.

3 thoughts on “Coming home to oneness”