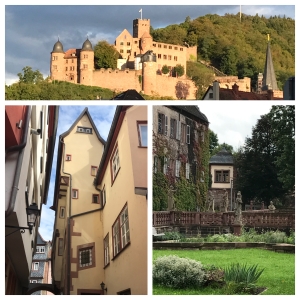 As I landed back in the U.S. from a span of time in Europe, I received this kind message from writer Stephanie Villegas:

“Just wanted to let you know that my latest blog post was a list of the best WWII books (for Middle & YA readers) and your book The Munich Girl is on the list.”

I am honored that the novel has been recommended this way, and it’s in great company on that list – 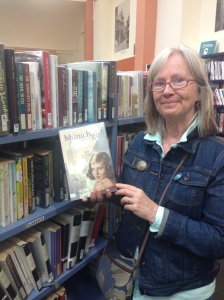 Discovering the “Girl” on a library shelf in Kendal, UK.

Stephanie’s blog is well worth visiting for some intriguing posts, too, especially one about what sort of very human lives we need to see better represented in fiction. Be sure to look for some of her own short stories while you’re there.

As I revisited the trail of The Munich Girl over these last weeks, I spent a lot of time reflecting on what my experience with writing the book revealed for me, and what I continue to discover now.

Many readers, both in their questions and their reviews, draw parallels between the historic time frame of the novel and the events and atmosphere of our own time.

Fun and new friends in Munich.

Earlier this year, I enjoyed an interview with author Elizabeth Horton-Newton, whose good questions led me to exploring some of my own reflections on this, especially as they relate to the imbalances playing themselves out (and quite intensely!) all around us:

My original intent was (and remained) to explore more about the lives of everyday Germans during WWII. When life led me to information about Eva Braun, it opened up whole new questions, particularly because she came from a background of everyday Germans – not what many would expect to be Hitler’s choice at all.

When the question: “What if you had known Eva Braun, but hadn’t known the role she played in his life?” arose, the story’s momentum became unstoppable for me. A number of people actually did have this experience with her, didn’t find out the truth of her situation until after her death, because she was required to remain an invisible secret in Hitler’s life. That way, he could sustain the adulation he received through the myth that “his bride was Germany”.

Because my interest had been hooked, I welcomed the research process. I stumbled into this focus because, as I sought to understand the experience of German people during the war, the very first book I read was about Eva Braun.

The author pointed out that Braun’s experience with Hitler mirrored Germany’s. First he seduced them, then abandoned them, and finally, led them into destruction.

Through further reading, I gained a more complete view of the time period in Germany, and of the world Eva Braun inhabited. I then I began to study her films and photographs more closely, since photography was such an essential part of who she was. It’s why we have such personal visual records of Hitler, and many of her images reveal a lot about the tone and circumstances of her life, too.

As I learned more about Hitler than I’d ever want to, it was unmistakable how flawed his psyche and personality were. Textbook narcissistic personality disorder, later compounded by the erratic results of a mixture of unstable drugs.

But once you get beyond the significant inaccuracies published about Eva Braun over the years, you find a more rounded and humane personality, one whom many credible sources even admired.

She was dismissed by historians as unimportant when, in fact, as one German biographer noted, she holds the key to better understanding Hitler. 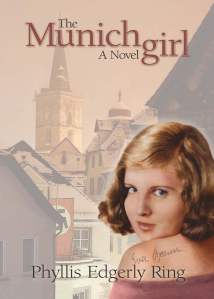 But only if we’re willing to allow that, in addition to behaving monstrously, he was also human. For some, that idea’s still something like heresy.

However, a paradox that I think could tell us a lot about our present imbalances of inequality is that the very sorts of caring, nurturing qualities that the Nazis sought to demean and suppress were exactly what Hitler came home to Eva Braun for.

One question for me is, when, and how, will we find the collective will to value and honor these qualities in both genders, and all situations?

It is the devaluing of them that has allowed, and continues to allow, atrocities like the Holocaust to happen.

You can find Elizabeth’s full interview, along with her review of the book here: 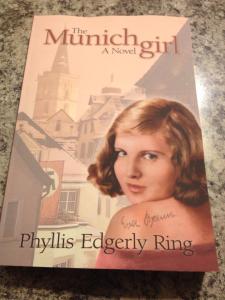 It was a pleasant surprise to find a question about The Munich Girl at Goodreads last week:

May I ask, were you able to make any historical deductions regarding Eva Braun?

“Thanks for this question, Johnathan.

“Albert Speer said that historians would be disappointed in what they did, or did not, uncover about Eva Braun. As a writer, I had a different experience as I researched.

“Some of the discoveries were more intangible and paradoxical, such as the fact that so much of what was conveyed about her was based on presumed understanding about him, when in fact, more complete and accurate facts about her could help us better understand him.

“This made me wonder: how much of the truth do we miss because we approach finding it with ingrained, inherited — often blindly imitative — assumptions? In other words, how much do our biases trip us up before we even get started? 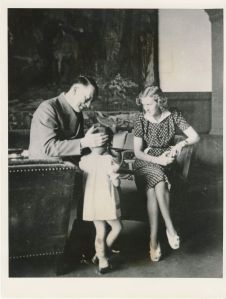 “Another paradox, for me, was the recognition that those very qualities of compassion and caring that the Third Reich sought to suppress and demean were what Hitler came home to Eva Braun for.

“The massive hypocrisy in that got me wondering how this continuing imbalance, which misunderstands and devalues those “softer” human aspects even as it needs and depends on them, is still creating the kind of chaotic, power-pursuing conditions that engulf our world in so much violence and suffering. 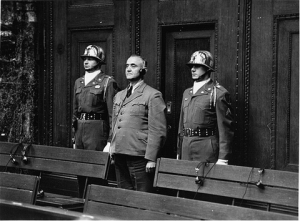 “A more concrete discovery was that testimony from an officer named Gottlob Berger at the 1948 Ministry Trials at Nuremberg indicates that an action Eva Braun took in the last week of her life saved tens of thousands of Allied prisoners of war. The record shows that she almost never interfered or intervened in anything Hitler did as leader, with very few small exceptions.

I believe she did this out of the regard she had for life, some understanding of the moral principles behind the Geneva Convention — and, bizarre as it may seem to us today, to protect how Hitler would be perceived after the war. This suggests to me that, much like his secretaries and others in his inner circle, she lived a compartmentalized existence that, even that close to the end, knew far less about the Nazis’ human-rights atrocities than has been supposed. 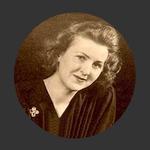 “A personal turning point for me was the discovery that some British members of my family were likely saved by this action of hers.”

Johnathan followed up with a comment that wondered about Hitler’s marriage to Eva Braun in the eleventh hour of their lives, shortly before the pair committed suicide in a Berlin bunker in April of 1945.

“I think that the marriage was intended to reward and honor her loyalty, and perhaps to honor her family, especially her Catholic mother, who, curiously, Hitler included in his will. I think he understood that much of what he appreciated in her daughter had been shaped by her.

“Thanks again for asking, Johnathan. It’s nice to get chance to use this Goodreads feature.”

I welcome other readers to share their questions at Goodreads:

And more about The Munich Girl is available here: https://www.amazon.com/Munich-Girl-Novel-Legacies-Outlast-ebook/dp/B01AC4FHI8