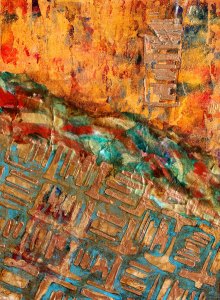 The use — and misuse — of the power of speech has certainly been in the spotlight lately. At what point, I wonder, might our collective values rise to a high enough level to affirm that freedom of speech was never intended as license to debase others — and ourselves?

The Bible calls the tongue a double-edged sword.

Baha’u’llah encouraged refraining from idle talk, reminding that, “the tongue is a smoldering fire, and excess of speech a deadly poison.

Material fire consumeth the body, whereas the fire of the tongue devoureth both heart and soul. The force of the former lasteth but for a time, whilst the effects of the latter endureth a century.”

There’s one childhood memory that continues to serve as a reminder about policing my speech.

My best friend’s father was one of my favorite people, the quintessential great dad. He was kind, soft-spoken, gently humorous and thoughtful. A hard-working man with a big family, he always made time to interact with his kids and their friends, whether drawing caricatures of us as we watched, giggling, or hunkering down his 6-foot-6-inch frame to help us construct the miniature villages that took over his living-room floor. Whenever he spoke with me, as he always made time to do, I felt supremely special, as though I truly mattered.

One day, this kind dad gave me a real gift, even though it felt like something quite different at the time. I was riding in the back seat of his wood-paneled station wagon after he picked up a small gang of us from a Girl-Scout party. We were all comparing the gifts we’d drawn in the gift exchange, and I wasn’t very happy with mine. When one of my peers leaned over and observed under her breath that someone had obviously spent the low end of the price range for it, I felt license to begin holding forth on how worthless and disappointing it was and how unfair that I got it. I was probably enjoying my companions’ attention as I bewailed my plight and began berating both the gift and the giver. 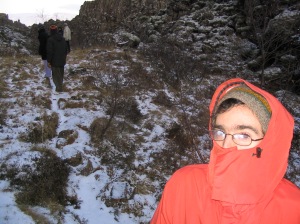 I’ll never forget the look in that dad’s eyes as they met mine in the rear-view mirror and he said evenly but firmly, “Hey now, that’s enough.” I’d never heard this man raise his voice, and he didn’t this time — just set an unmistakable limit. Although I wanted to disappear in that moment, I’m as thankful today for this unexpected disciplinary action as I am for the hundreds of kindnesses he bestowed on me.

Knowing that he was disappointed and displeased with my behavior had an enormous impact on me. I was stunned and then, appropriately, embarrassed and remorseful.

He didn’t need to point out things like how potentially hurtful what I was saying was, how the donor of that gift could have been sitting in the car, for all I knew. Awareness of all of this came very quickly once I was jolted out of my little rant.

All he had to tell me, this man whose opinion I cared about so much, was that it was time to stop, with four words that changed my life forever. He spoke up when my behavior was eroding into meanness and helped set a limit for me that has somehow become internally reinforcing. I believe that he helped activate my healthy sense of shame, and I’m eternally grateful.

Obviously, we’re responsible first for our own behavior. But what kind of change might we effect if, as adults, we accept the role and authority that maturity supposedly confers and determine to intervene and intercept that deadly poison of hurtful speech, even if it’s awkward to do so?

Some people I know creatively interrupt such things by leaving the room, creating a distraction, or changing the subject.

The always-thoughtful Kindness Blog is posting installments called The Year of Speaking Kindly. As I take more responsibility for the power of speech, I’m finding it a helpful companion:

Blog post adapted from Life at First Sight: Finding the Divine in the Details –