New Hampshire author and librarian Linda Tiernan Kepner shared words about my novel, The Munich Girl, that strike a grateful chord in me.

She calls it “well-researched and, in its own way, kind.”

It brought to mind something another reader once said about my novel, Snow Fence Road:

“One of the things I also enjoyed was that this story took place in a kind world, with supportive and loving folks, despite their past difficulties, even with each other.”

That is the reason that I write, from the stubborn belief that this is the sort of world that all of our hearts want, and that those hearts long, innately, to help bring it into being.

Because that is what they are created for.

Kindness is a very effective servant of Love. Maybe that’s why the two are paired in the soul-comforting phrase “loving-kindness.”

“All of the particles of the world are in love and looking for lovers,” Rumi wrote.

Mother Teresa captured this kind essence of love quite touchingly: “I am a little pencil in the hand of a writing God, who is sending a love letter to the world.”

I read recently that much of what is expressed out into our world aims at a lowest common denominator.

But have we not a highest common one? A kind and willing servant of Love?

What sort of love letter to the world can be written for — and from — this treasure?

How can each and every one of us value, protect, and manifest it, like infinite candles, brighter than any darkness, whether imagined or real?

I am honored to be a guest this week at the blog of author and librarian Linda Tiernan Kepner:

“In her writing, Phyllis treats the most amazing people as simple, understandable human beings. But it takes a lot of work to create that illusion

“The Munich Girl is a case in point. This is a work of fiction, but it is not entirely fiction. The war-trophy exists. Eva Braun, the ordinary girl from Munich, Germany, was indeed Hitler’s mistress.  She never did join the Nazi Party, had Jewish friends, and was credited at the Nuremberg Trials with saving 35,000 Allied lives.

“Yet she stayed out of the limelight for sixteen years before her lover publicly acknowledged their relationship.  He only married her at the time he was throwing in the towel, as if that marriage emphasized his defeat.” 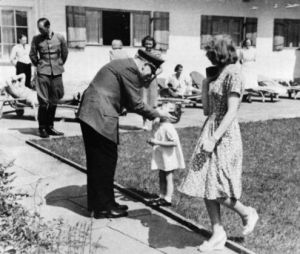 Linda Tiernan Kepner: Phyllis, what are you working on, currently?

I’m alternating between two projects. One is what I’d call spiritual memoir, based on my experience with writing my novel The Munich Girl and some of the nearly inexplicable synchronicities that it brought. The other is historical fiction set in 19th-century New England.


LTP: When you look back … what works are you proudest of?

I’m truly thankful for every book I’ve been able to publish.

The newest book, just released, is my first for children — Jamila Does Not Want A Bat In Her House. It reinforces for me the importance of never giving up, as it first took shape 19 years ago 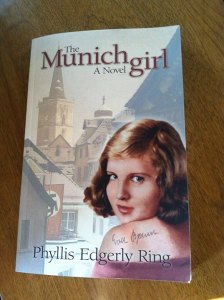 The book that has absorbed the most of my time, both during the writing process and since publication, is The Munich Girl. I’d never have imagined writing a novel in which Hitler’s wife was a character.

Yet as someone whose earliest life experience unfolded in Germany, I had always known I’d eventually want to explore what the experience of WWII had meant for everyday Germans, especially because for so very long, they didn’t talk about it — felt they weren’t “allowed” to.

Find my full interview with Linda at: