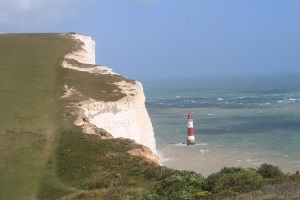 “…when thou traversest the regions of the world, thou wilt conclude that all progress is the result of association and cooperation, while ruin is the outcome of animosity and hatred. Notwithstanding this, the world of humanity doth not take warning, doth not wake from the slumber of heedlessness. Man is still causing differences, quarrels and strife in order to marshal the cohorts of war and, with his legions, rush into the field of bloodshed and slaughter.”

“Consider the pettiness of men’s minds.

They ask for that which injureth
them, and cast away the thing that profiteth them.

They are, indeed, of
those that are far astray.

We find some men desiring liberty, and priding themselves therein. Such men are in the depths of ignorance.

Liberty must, in the end, lead to sedition, whose flames none can quench.
Thus warneth you He Who is the Reckoner, the All-Knowing.

Know ye that the embodiment of liberty and its symbol is the animal.

That which beseemeth man is submission unto such restraints as will protect him from his own ignorance, and guard him against the harm of the mischief-maker. 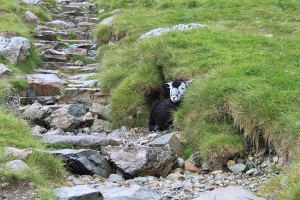 Liberty causeth man to overstep the bounds of propriety, and to infringe on the dignity of his station. It debaseth him to the level of extreme depravity and wickedness.

Regard men as a flock of sheep that need a shepherd for their protection. This, verily, is the truth, the certain truth. We approve of liberty in certain circumstances, and refuse to sanction it in others. We, verily, are the All-Knowing.”

Noble have I created thee, yet thou hast abased thyself. Rise then unto that for which thou wast created.

“Noble have I created thee” does not mean some of us, or most of us.

Or everyone except me.

It means all of us.

The ways in which “honour and nobility” manifest themselves in us — each a unique creation of God — is a one-of-a-kind and wondrous journey.

Our human nature equips us for solving the challenges of the material world.

But that is where its powers, possibilities — and purpose — end.

It is our spiritual nature that enfolds the divine bestowals that bring forth the nobility and honour we’re created for.

What helps this nature become the decision-maker in our lives?

Are we ready, and willing, to embrace the truth that this inner reality is a presence and power in whose light all fear, and the trappings of mere survival, disappear like shadows? 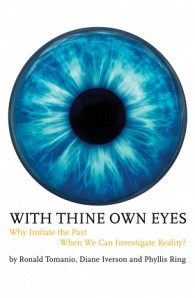 With Thine Own Eyes: Why Imitate the Past When We Can Investigate Reality?, coming January 2014 from George Ronald Publisher: