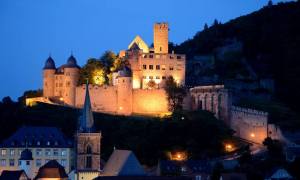 The castle above my childhood hometown of Wertheim

A highlight for me, as my novel, The Munich Girl, came into the world, was my return to the first place in Germany where my family lived when I was a child.

On the cloudy November afternoon that the book published, I faced the Main River in the tiny village of Dorfprozelten and offered my thanks at the grave of Herr and Frau Geis, who shared their house with my family back in the early 1960s.

It was because my military family lived “on the economy” with them that my sense of myself as a citizen of the world began so early. 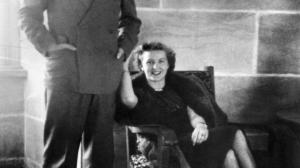 The fact that my family established close ties with German people in post-war Europe also inevitably led me to want to understand the experience of Germans themselves during the war.

I would never have imagined that this path would take me through Hitler’s living room as it drew me into the life of his longtime mistress, later wife, Eva Braun. 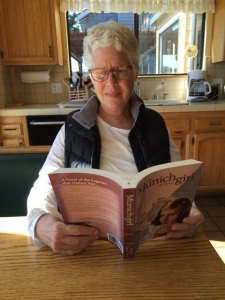 “How will you ever get readers past the fact that it’s her – that she’s such a large part of the story?” is a question I grew used to hearing.

I wouldn’t. I knew that from the start. Readers would embark on that particular journey only if they were willing to.

This story in no way seeks to exonerate or “redeem” her.

Rather, she makes a good motif for looking at the ways in which many people, women in particular, suppress our own lives – or often don’t even claim those lives fully at all. It also explores how those who do not fully face and own all aspects of their own life and self often project onto, even demonize others.

The story of The Munich Girl is about many things, including, of course, Hitler’s mistress, Eva Braun, and many facets of history from the time of the war in Germany. 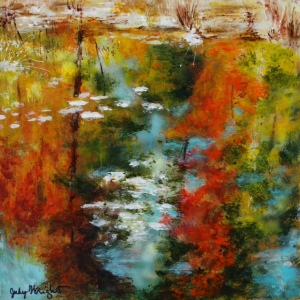 It is also about the power of friendship, and the importance of our often ignored and overlooked inner life, without which our world careens increasingly out-of-balance, as it did in those wartime days.

At its heart, it’s a story about outlasting that chaos and confusion that unavoidably visit us, in both public and private wars, and how we transcend those challenges. We seem to do that by valuing, and believing in, the stronger possibility in all of the good that we are willing to contribute to building together.

Part of our ability to do that, I’ve come to believe, rests in being able to recognize that human beings aren’t usually all good, or all bad, but a complex mix of where our experience, understanding, and choices have led us. 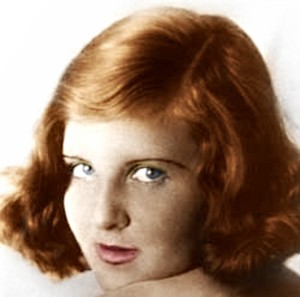 As one character in The Munich Girl observes: “Sometimes, we must outlast even what seems worse than we have imagined, because we believe in the things that are good. So that there can be good things again.”

Much like the book’s protagonist, Anna, I repeatedly experience what invites me to look beyond what I think I know, and have understood about life. The process of uncovering the story has helped me remember many kinds of homecomings, spiritual and material, that life brings to us.

When the process of this writing this novel began, I also couldn’t have imagined what those words might come to mean in the atmosphere of our world today. I thank every reader who’s giving the book time, and also offering thoughtful reflection that helps me to continue learning from the pathway of this story, every day.